Evan Jager broke his own American record in the 3,000-meter steeplechase on September 5 during an IAAF Diamond League meet in Brussels. He ran 8:04.71.

Jager finished third in the race and erased two-plus seconds off his previous AR of 8:06.81 set in 2012. In a year without the IAAF World Championships or Olympics, 2014 has been prime for runners to pursue fast times.

The 25-year-old Nike-sponsored athlete ran 3,000 meters over a total of 35 barriers at a 4:19 mile pace. Unreal. Will he run under eight minutes?

In light of Jager’s recent AR, and out of respect for what he has done for U.S. distance running, I’ve compiled together 10 reasons why everyone should respect the headband-wearing steeple star.

In no particular order…

10. He broke his OWN record in the steeplechase. Breaking your own American record has to feel sweet. “Hey Evan, who had the steeple record before you broke it?” “Hah, I did.”

6. He got a Ford Mustang in eighth grade. Around age 12, his dad told him he’d buy him a Mustang if he ran under five minutes in the mile. Jager ran sub-5 in eighth grade. He was 14, two years from being able to drive, but his dad followed through with a 1989 white Mustang. Fun read. 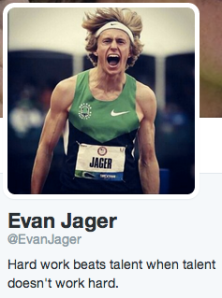 3. His flowing locks and headband add to his legacy. The bouncing hair and Nike headband are famous in the running community.

2. He rocks a snapback like none other. Screenshot taken from an episode of Holla Atcha Boy. 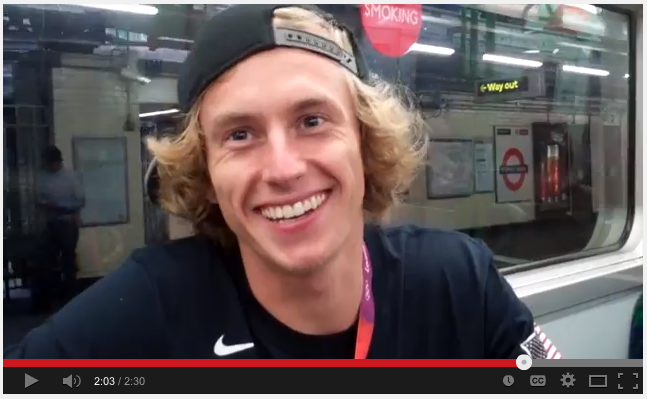 1. He could become the first American to break 8:00 in the steeplechase. Jager himself believes there’s a little more in the tank:

Extremely happy with last nights Steeple result! I think there's a little more in the tank. Somehow Im already to put in work for next year.

I think he’ll do it. Keep your feet moving, Mr. Jager.